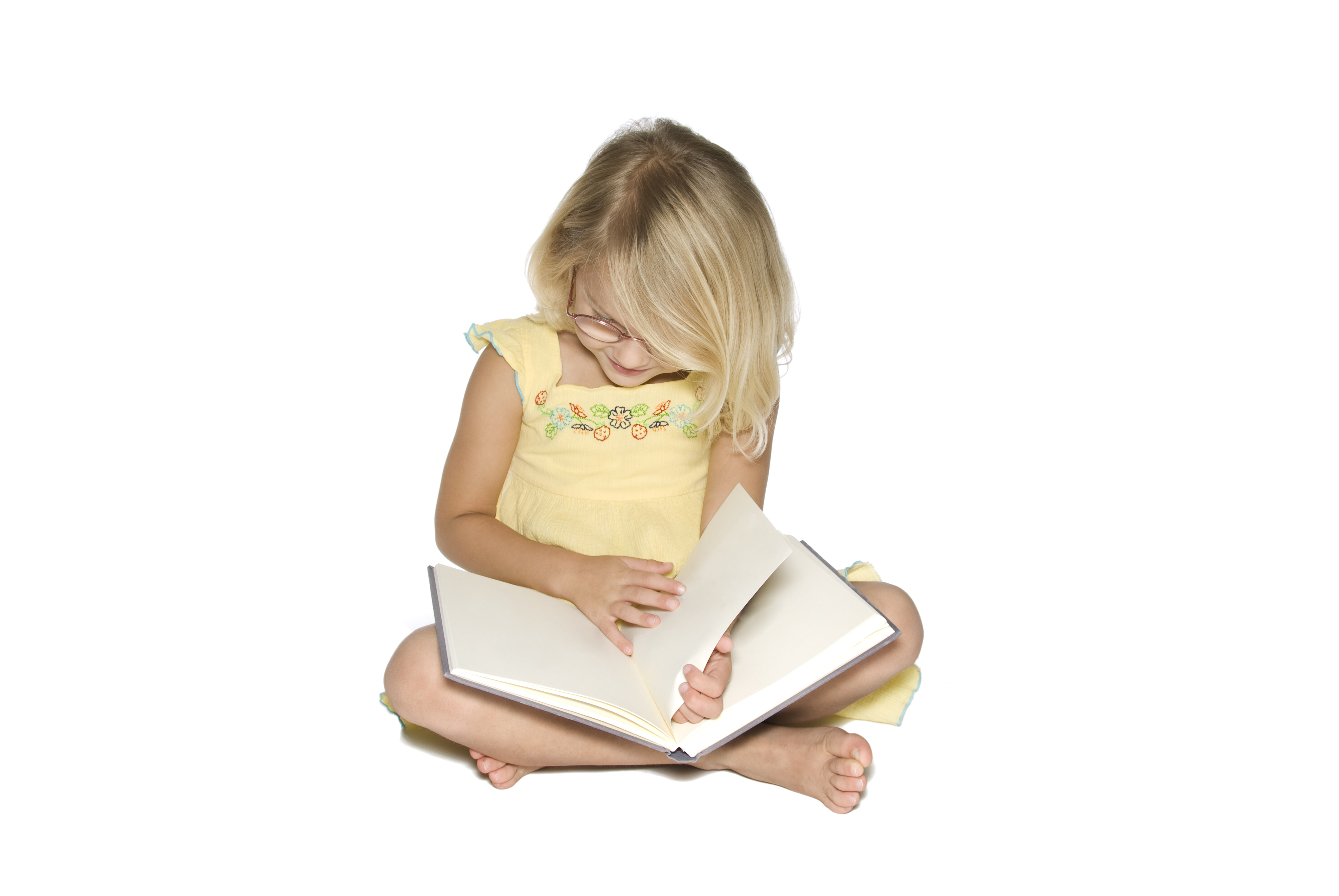 DU IZ TAK? Written and illustrated by Carson Ellis. (Candlewick, $16.99.) In this enchanting tale of bugs who build a fort in a plant, only to see it toppled by a spider, Ellis presents an imaginary land of stylish insects who speak their own made-up — but easily understood — language.

FREEDOM OVER ME. Eleven Slaves, Their Lives and Dreams Brought to Life. Written and illustrated by Ashley Bryan. (Caitlyn Dlouhy/Atheneum, $17.99.) Basing his work on an 1828 document he found, Bryan has created dignified, heart-rending portraits of 11 slaves who were put up for sale, imagining their individual voices and the details of their lives.

I AM PAN! Written and illustrated by Mordicai Gerstein. (Roaring Brook, $18.99.) An exuberant look at the irrepressible yet often overlooked Greek god Pan that “seems to owe as much to Old Hollywood as to modern graphic novels,” our reviewer, Maria Russo, said.

THE JOURNEY. Written and illustrated by Francesca Sanna. (Flying Eye, $17.95.) This heart-stopping, visually sophisticated story of a happy family suddenly forced to flee their home because of war evokes the dark danger of fairy tales to present the stark realities and enduring hope of modern refugees.

LEAVE ME ALONE! Written and illustrated by Vera Brosgol. (Roaring Brook, $17.99.) This clever, witty tale of a beleaguered grandma who just wants to knit in peace “manages to feel both classic and ultracontemporary,” according to our reviewer, Michael Ian Black.

MY NAME IS JAMES MADISON HEMINGS. By Jonah Winter. Illustrated by Terry Widener. (Schwartz & Wade, $17.99.) This soulful book honestly explores the predicament of a sensitive, inquisitive boy — the son of Thomas Jefferson and his slave Sally Hemings — who spent his life “owned” by his father, a founder of our democracy.

WE FOUND A HAT. Written and illustrated by Jon Klassen. (Candlewick, $17.99.) “A masterpiece of honest feelings, emotional tension and poetic restraint,” our reviewer, Sergio Ruzzier, called this third of Klassen’s hat-themed books, about two turtles who find a hat they both want to keep.

SCHOOL’S FIRST DAY OF SCHOOL. By Adam Rex. Illustrated by Christian Robinson. (Neal Porter/Roaring Brook, $17.99.) A funny, unexpectedly touching look at how awful the first day of school is for the school building itself, until, helped by a kind janitor, it starts to enjoy the exuberant children and their learning.

THE THANK YOU BOOK. Written and illustrated by Mo Willems. (Hyperion, $9.99.) Willems’s beloved Elephant & Piggie series comes to a fitting close with the two winningly mismatched friends finding a way to thank everyone who has helped them, including their loyal readers.

THEY ALL SAW A CAT. Written and illustrated by Brendan Wenzel. (Chronicle, $16.99.) A cat walking through the world looks mighty different to various other creatures, such as a fox and a goldfish, as this delightful, ingenious book shows.

THIS IS NOT A PICTURE BOOK! Written and illustrated by Sergio Ruzzier. (Chronicle, $16.99.) This clever and lovely celebration of reading — and of picture books themselves — features a picture-loving duckling who ends up transported by the power of words, too.

THUNDER BOY JR. By Sherman Alexie. Illustrated by Yuyi Morales. (Little, Brown, $17.99.) “Soaring,” our reviewer, Minh C. Le, called this playful story about a Native American boy who, tired of sharing a name with his father, seeks a suitable new one for himself.

THE BEST MAN. By Richard Peck. (Dial, $16.99.) An 11-year-old boy has to learn some new lessons about masculinity and family when his uncle marries another man in this touching and insightful novel from the beloved Peck.

GHOST. By Jason Reynolds. (Atheneum, $16.99.) Trying to outrun his own painful memories and personal challenges, the budding track star who narrates this National Book Award finalist is “worthy of a place alongside Ramona and Joey Pigza on the bookshelves where our most beloved, imperfect characters live,” our reviewer, Kate Messner, said.

THE INQUISITOR’S TALE; Or, The Three Magical Children and Their Holy Dog. By Adam Gidwitz. Illustrated by Hatem Aly. (Dutton, $17.99.) This delightfully twisty tale of traveling children — are they saints or heretics? — wanted by the King of France in 1242 is “dense with literary and earthy delights,” our reviewer, Soman Chainani, said.

MS. BIXBY’S LAST DAY. By John David Anderson. (Walden Pond, $16.99.) This story of three troubled boys’ devotion to an exceptional teacher who somehow gets through to each of them, but falls ill and has to leave the classroom, is tragic, funny and uplifting all at once.

PAX. By Sara Pennypacker. Illustrated by JonKlassen. (Balzer&Bray/HarperCollins, $16.99.) “Truly remarkable,” our reviewer, Katherine Rundell, called this resonant story, which alternates between the points of view of a boy and the pet fox he is forced to set free when his soldier father goes off to war.

RAYMIE NIGHTINGALE. By Kate DiCamillo. (Candlewick, $16.99.) A girl in 1970s Florida who is abandoned by her father tries to lure him back home by baton-twirling her way into the newspaper in this heartbreaking, utterly enchanting novel.

WHEN THE SEA TURNED TO SILVER. By Grace Lin. (Little, Brown, $18.99.) This National Book Award finalist about a girl’s search for her grandmother is the last of a trilogy that incorporates traditional Chinese tales, which our reviewer, Emily Jenkins praised for its “surpassing wonder and emotional weight.”

THE GREAT AMERICAN WHATEVER. By Tim Federle. (Simon & Schuster, $17.99.) A gay aspiring screenwriter coming to terms with his sister’s death and his own stalled romantic life is at the center of this “moving tale about grief that’s also laugh-out-loud funny,” our reviewer, Ali Benjamin, said.

THE PASSION OF DOLSSA. By Julie Berry. (Viking, $18.99.)“Magnificent,” our reviewer, Marjorie Ingall, called this absorbing, elegant novel about a young medieval gentlewoman on the run from an obsessed friar who wants to burn her at the stake for heresy.

SALT TO THE SEA. By Ruta Sepetys. (Philomel, $18.99.) This devastating literary thriller about a group of young refugees fleeing Stalin’s troops at the end of World War II is set against the worst maritime disaster in history, the sinking of the Wilhelm Gustloff, which cost over 9,000 lives.

THE SERPENT KING. By Jeff Zentner. (Crown, $17.99.) Zentner manages to blend humor, optimism and ominous Southern-style moodiness in this tale of three devoted teenage friends who help each other face violence, family shame and the difficulty of breaking out of the trap called home.

STILL LIFE WITH TORNADO. By A. S. King. (Dutton, $17.99.) Our reviewer, Jeff Giles, praised King’s “beautifully matter-of-fact use of the supernatural” in this hypnotic and insightful tale of a teenager who meets her future selves as she struggles to make her way through a dysfunctional present.

THE SUN IS ALSO A STAR. By Nicola Yoon. (Delacorte, $18.99.)Jazzy, romantic and philosophical, this novel’s main action takes place over the course of a single day in which a Jamaican girl about to be deported meets and falls for a Korean-American boy.